Whether we are talking seasoning blends, sauces or marinades – Almi has been a successful, reliable partner for
the international food industry for more than eight decades. We specialise in the production of high-
grade seasoning blends, additives and functionalities for convenience products. Our expertise has
grown over many years and helps us provide customised solutions.

For nine decades, Almi has been a successful, reliable partner for the international food industry.

As an Austrian family enterprise, we hand down our values and experiences from generation to generation. They are the basis of our success, which is visible today on a wordwide scale. Although we are active the world over, we are proud of our roots in central Upper Austria.

Regionally sourced products are important to us – after all, they stand for quality and the fulfilment of individual customer requests. As a pioneer in our industry with a great desire for innovation and the willingness to invest in it, we do not just shape trends, but are often a step ahead when it comes to new ideas. Our development over the years clearly shows that this is the right path – an incentive for the future to keep moving forward, without forgetting the lessons of the past.

Licence for the
production of
spice blends.

Almi opens up
at Fleischmarkt in
Vienna-St. Marx.

Almi exports to
other countries.

Expansion of
production site
in Leonding.

Opening of the Almi Academy und the Almi Technical Center

Expansion of export to
Asia an West-Europe

Building a new
production site and
Headquaters in Oftering

Takeover of the sales companies in Ukraine, Georgia and Kazakhstan

Founding Almi China and the technical center in Moscow

Alfred Mittermayr, founder of the company, opens his general store in Linz-Urfahr. 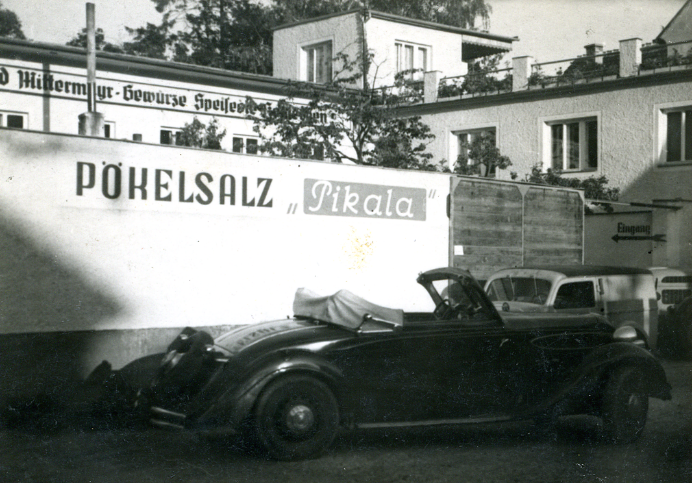 Business is flourishing, acute lack of space necessitates a
plant extension. In Leonding, a new company building is built with direct railway
siding. At the same time, a new era is begun by introducing automatic packaging. 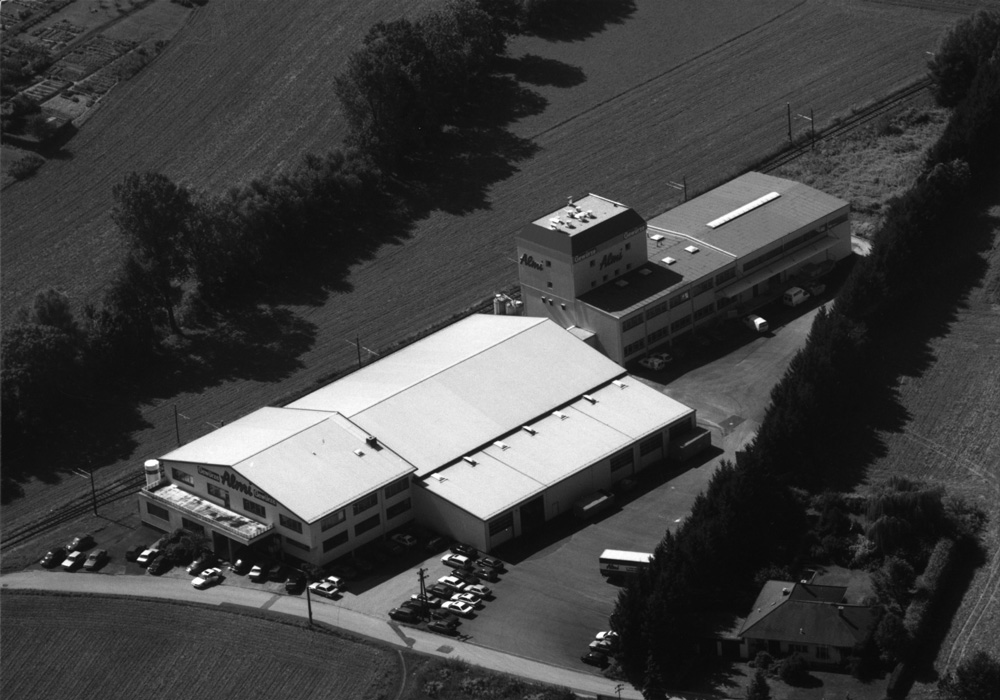 Almi secures itself the strategically important representation
of packaging corporation Viskase in Austria.

Another important milestone: Almi opens up a big external warehouse
including both its own printery for intestines and packing at
Fleischmarkt in Vienna-St. Marx.

The next logic and consequent step:
Almi exports to other countries.

The export efforts are further enhanced.
By now, there are customers in 80 countries worldwide – on all continents.

Almi recognizes potential in the Polish market and is gradually building up market shares.

Almi successfully starts to reach East: In cooperation with the company Matimex, the former CIS countries are being „captured“.

The great successes in exports render another expansion of the production site
in Leonding unavoidable: On 5,000 square metres, a four-storey production building,
with state-of-the-art technology for grinding, blending and packaging, and a warehouse
for raw materials are built. 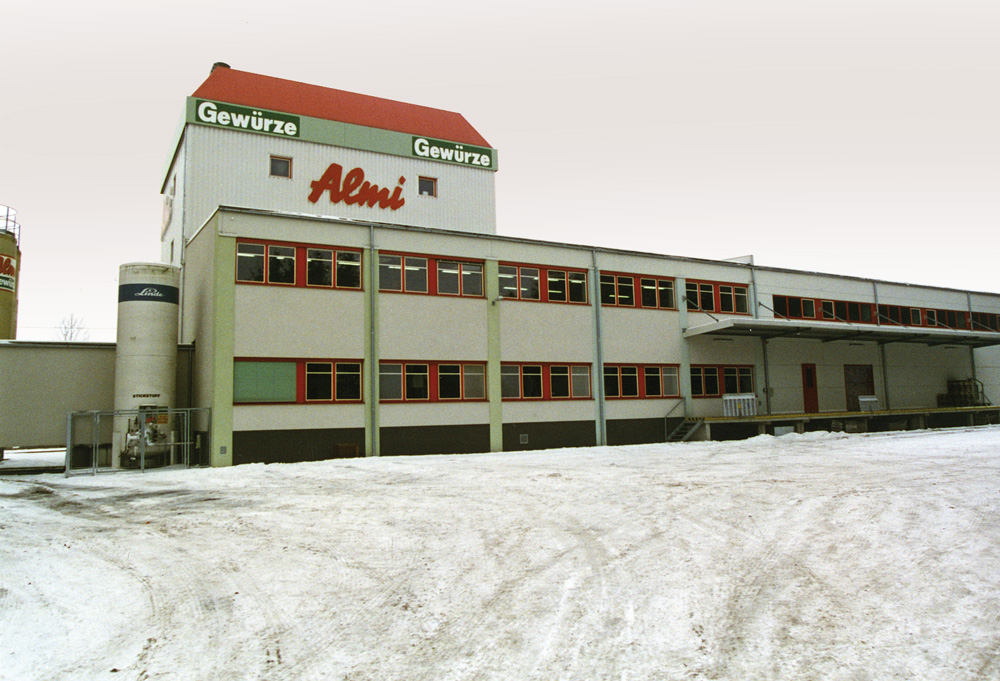 Not only the production but also the know-how is expanded: The „Almi Akademie“ and the “Almi Technikum” are opened, first seminars are held. 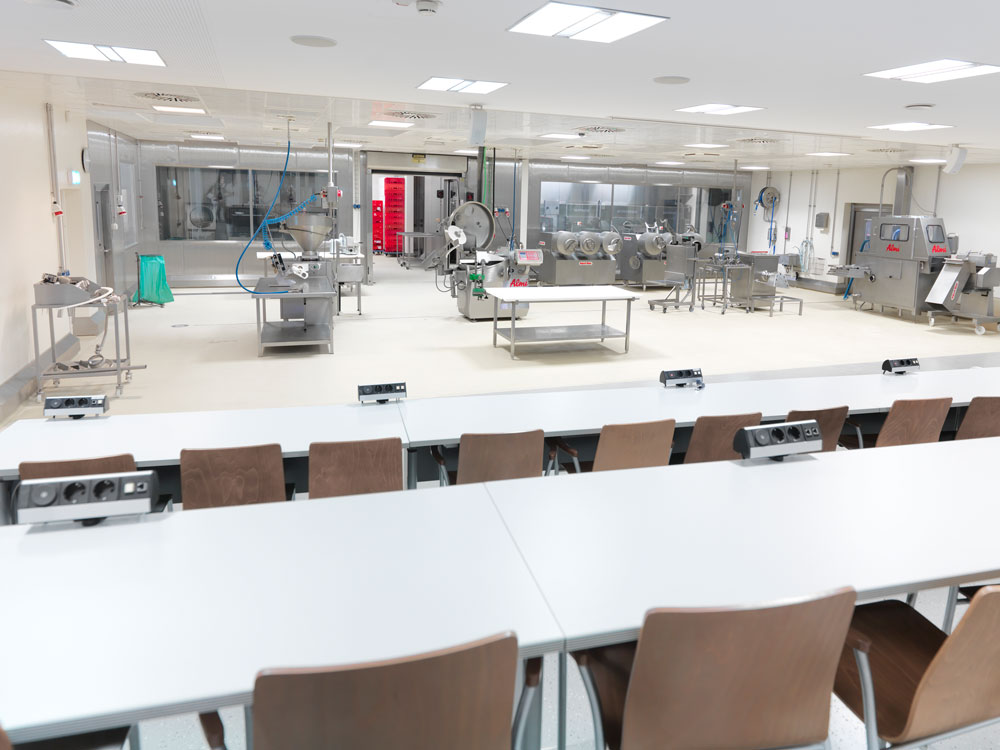 Another important milestone is set by building the new production site in Oftering near Linz. Impressive dimensions: The new building stretches across 19,500 square metres. Furthermore, a three-storey corporate head office, a warehouse and a two-storey packaging plant are built. The new office building also accommodates a cafeteria and a dining hall. The investments sum up to the proud sum of 35 million Euros.

Together with Matimex Almi becomes the leader for spice blends and additives in Russia. 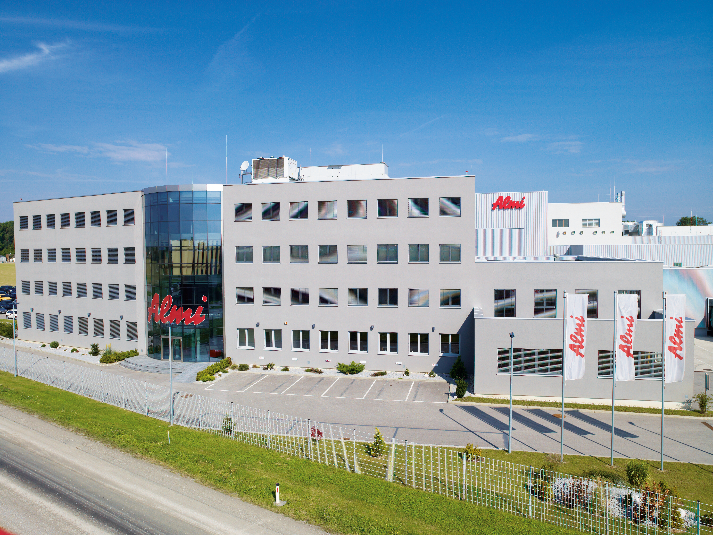 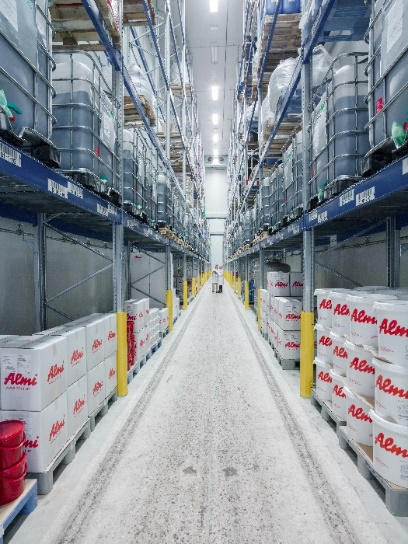 Almi takes over the majority of South-African company Spicetech ¬– and thereby opens
up new possibilities in the African market.
In addition, Almi Germany is founded in the same year.

Europe, too, remains in focus: By now, Almi and its own subsidiaries have
obtained a comprehensive presence in Europe. Furthermore, the reconstruction work across a
total of 14,000 square metres is completed. The centrepieces are a high-rise warehouse with
10,000 pallet spaces, new areas for technicians, delivery, production and laboratory, and a
disposal centre. Altogether, Almi’s corporate head office now comprises a gigantic base area
of 56,000 square metres – that equals nearly six soccer fields.

Due to extraordinary achievements, the Almi GmbH was recognized in November 2017 with the Austrian national coat of arms.

The Federal Ministry of Science, Research and Economy honored Almi with this high distinction and is now one of only 0.5% companies in Austria with federal coat of arms. 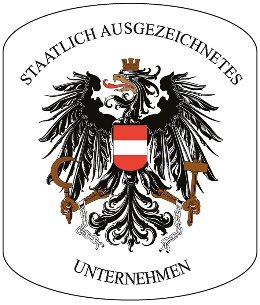 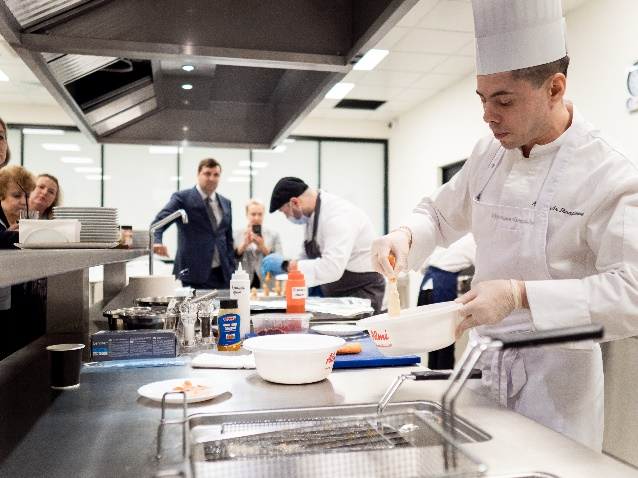 With the help of the subsidiaries BFS GmbH and Rüther Gewürze GmbH, the Almi Group can strategically and sustainably strengthen its position in the food industry. This enables the Almi Group to better meet the constantly increasing demands of the industry.

Expansion of the Almi Headquarters of 3.600 m²

The headquarters are enlarged by two components. On the one hand, a building is being constructed to process spices. For this purpose, investments are made in a new disinfection system. On the other hand, the areas of product development and research & development in the administration building are being expanded and a workshop building for maintenance is being built.

Renewed award with the Austrian national coat of arms

Due to extraordinary and innovative achievements, the Almi Group is allowed to continue to use the federal coat of arms of the Republic of Austria in business dealings as a „state-certified company“.

With the company Italdroghe Srl a strong partner could be won on the Italian market. With the help of the newly acquired subsidiary, the Almi Group is not only expanding its own product portfolio, but also expanding an additional production site. 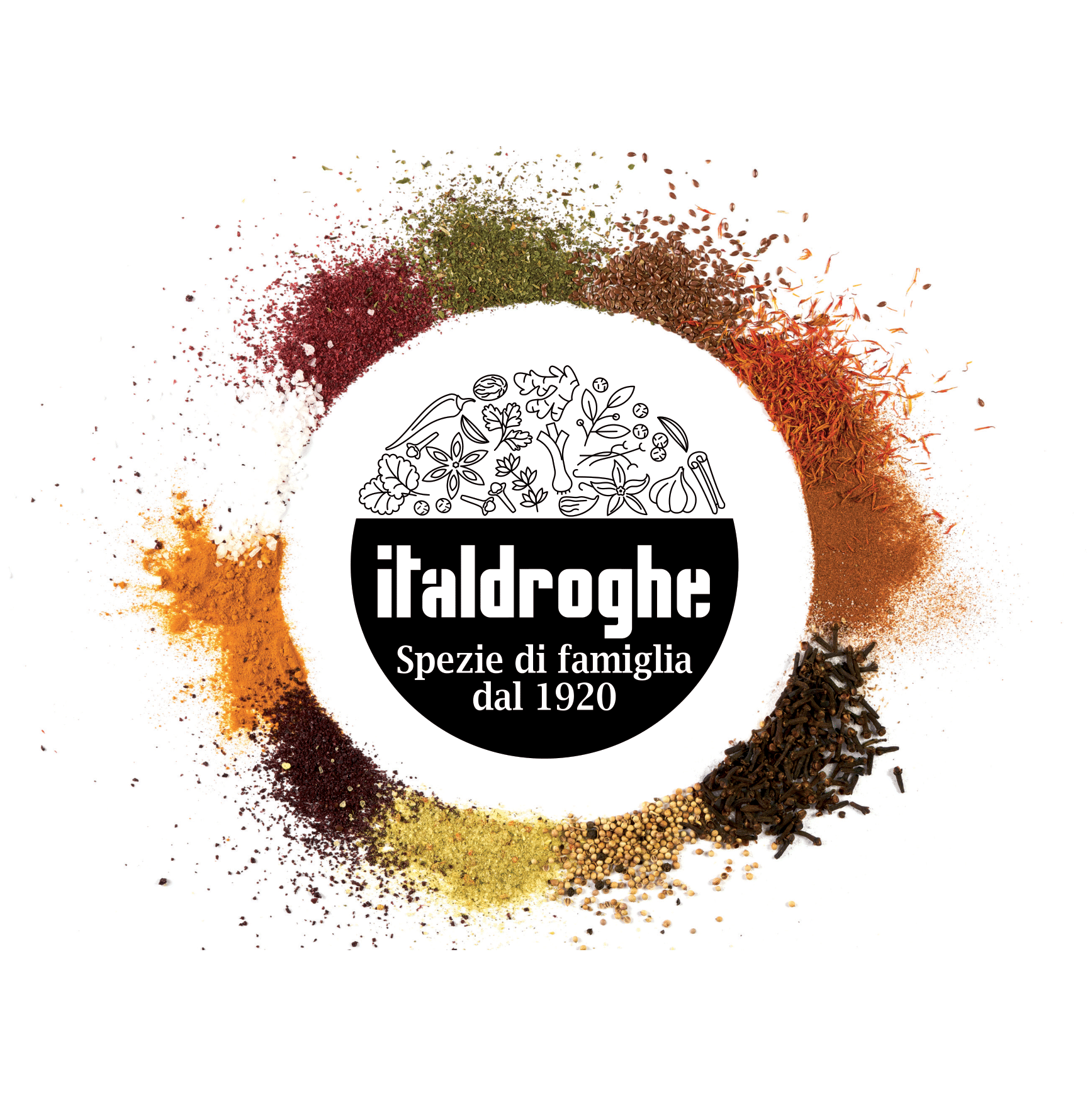 A family enterprise that

Almi was founded by Alfred Mittermayr in 1931 and has grown continually since then, from generation to generation. 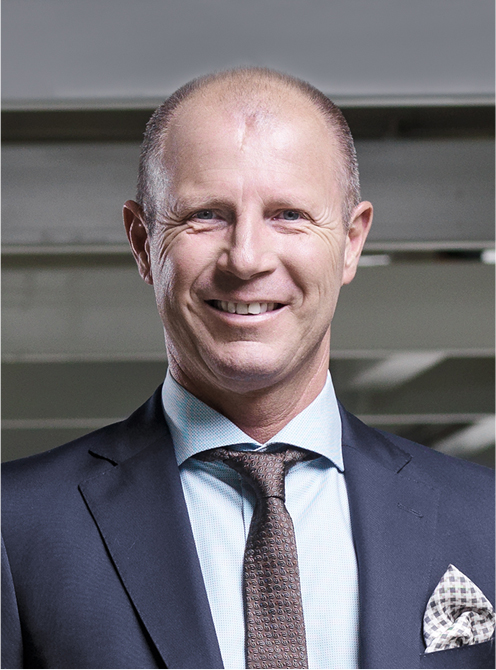 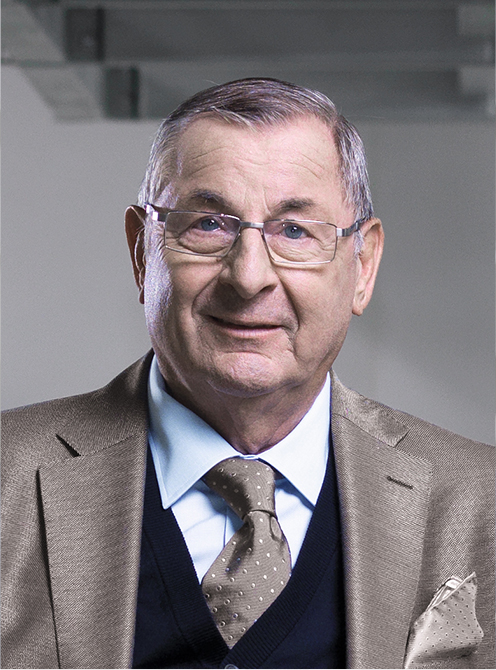 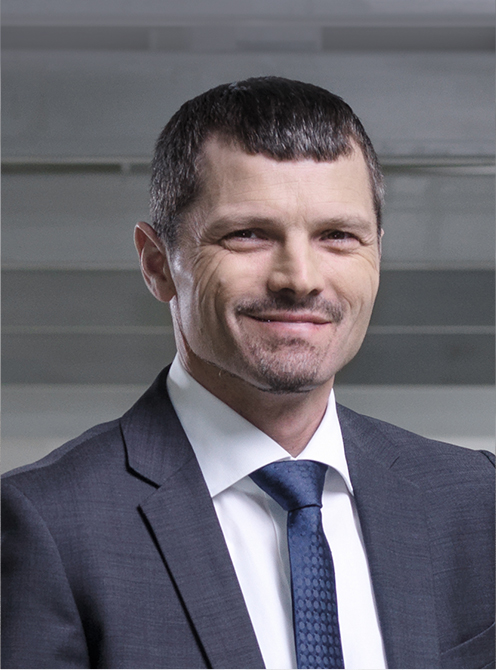 Our export share of 89 % reflects our high level of internationalisation. Seasoning blends are country-specific – we adapt our offer to the tastes and preferences of each particular country, thus providing individual solutions.

A family enterprise that

Almi in figures: Ever since the business was first founded in 1931,
it has grown continuously. The following diagram shows our current level of success.

We rely on our many years‘ experience while never
losing sight of future developments.
This makes us a reliable partner as well
as an innovative force on the market.

By thinking ahead, Almi shows that economic
processes and sustainability do not have
to contradict each other.

Small steps often make all the difference – our raw materials are sourced regionally to shorten transport routes, while the correct separation of waste materials and environmentally friendly packaging further minimise our environmental impact.